Each Individual is Unique with their own Strengths and Challenges. 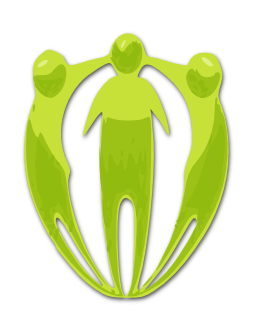 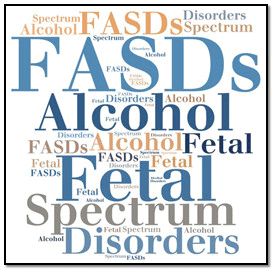 Fetal Alcohol Spectrum Disorder (FASD) is a group of effects that can occur in a person whose mother consumed alcohol during pregnancy. Individuals with FASD often have physical problems and problems with behavior and learning (because of damage/physical changes to their brains). Often, a person with a FASD has a mix of these problems.

Here is a chart listing the primary disabilities a person with FASD may be effected with.

According to the Public Health Agency of Canada (2005), there are an estimated 9 cases of FASD in every 1000 births in Canada. Health Canada reports that FASD is more prevalent than all other major birth defects combined.

Alcohol is a "teratogen" - an environmental substance that can harm the developing baby. Damage can occur in various regions of the brain and anywhere in the body (heart, liver, toes...). The areas that might be affected by alcohol exposure depend on which areas are developing at the time alcohol is consumed. Since the brain and the central nervous system are developing throughout the entire pregnancy, the fetus is always vulnerable to damage from alcohol exposure.

What are the Symptoms of FASD?

Those who live with FASD may have mild to very severe problems with their health. They may have delays in their development, intellectual problems and problems in their social lives. The impact of alcohol on the growth and formation of the brain is often seen in a person's behaviour and development; while physical characteristics may or may not be seen.

Evidence of FASD May Involve Difficulties in the Following Areas:

May have difficulty in school. Reading, math, comprehension, organization and abstract concepts are challenging.

Can be easily distracted, over-stimulated by the environment, unable to focus and have a need to keep moving.

Delay in language development. May not understand conversations, instructions, or meanings accurately.

May have trouble planning, sequencing, problem-solving, adjusting to change, and organizing. May be impulsive and have difficulty controlling emotions.

Sensitivity to light, noise, touch, smell and/or taste. May under or over respond to stimulation.

May not understand boundaries and misreads social cues. Is often vulnerable to being taken advantage of and may behave younger than actual age.

Often the Best Way to Learn About FASD is to Listen

If you would like to watch more videos on Fetal Alcohol Spectrum Disorder, we have some excellent links on our FASD Resources page.

How Can We Help?

At FASSY, we believe that while you can't fix a person, you can change the environment. Poor outcomes for individuals with FASD and their families don't have to be the usual results - once we know better, we do better.

If you would like to learn ways to work with individuals with FASD, please contact FASSY to order a copy of our Trying Differently: A Guide for Daily Living and Working with FASD. It is a collection of recommended strategies and interventions that have come from parents, caregivers and professionals who live and work with FASD.

If you would like to learn more about FASD, please feel free to Contact FASSY or see our FASD Resources page.